I gotta say…this one freaked me out. I think the last one that got to me like this was Them. (Not to be confused with Them! the one about the giant bugs.) There’s something about being unsafe in your own home that gets to me. The idea of being woken up by something, safe and warm in my own bed, only to discover I’m not alone (and I’m not talking about Steve) scares the pants off me. Also I’m a wicked sucker for being startled and jumping at loud noises. I felt director Wan used this technique very effectively.

I thought The Conjuring was well shot—the colors and the textures in each frame were very well laid out, visually compelling.  I thought they did a great job choosing what to show, and what not to show. One thing I found rather unique and very well executed was the idea that some characters could see the demons, others couldn’t. <<Mild spoilers>>Some of the action was a little hokey, and I think it’s a bummer that the only character who died was the dog. This film was VERY light on blood and gore. While I was watching it I was solidly along for the ride, but after giving it some thought some of the characters and relationships aren’t terribly compelling. Like I said, though, while I was watching it, I didn’t give a shit about character development or plot or anything like that. I was waiting for doors in my house to start opening and other crazy stuff to start happening. 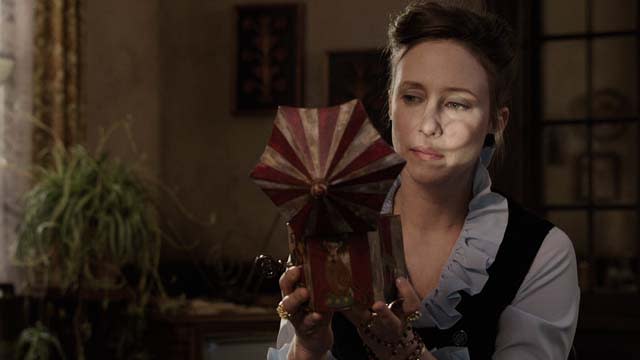 I dig director James Wan, Insidious was freaky (until the astral projection happened) and Saw, while not my favorite, is notable in the annals of horror history. My biggest beef? I don’t think there was any actual conjuring in this movie.