Well, I guess this is totally the last one of these they’ll ever make. Says so right there in the title. 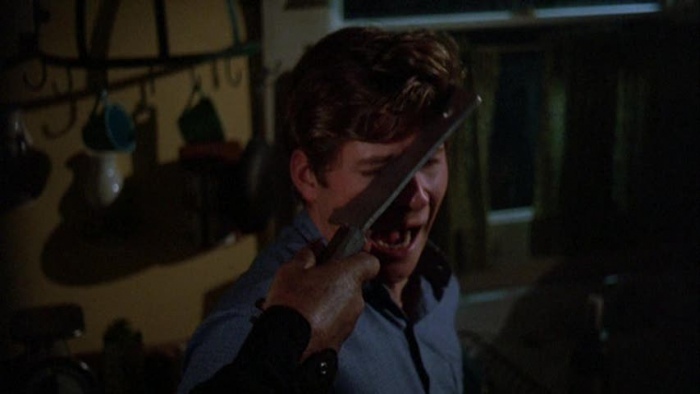 At least you got laid before this happened, Crispin Glover.

Here’s what I don’t particularly care for about this franchise: There’s no suspense. I suppose one could argue that’s not the point, but I think a horror movie is richer when there’s at least a little dread. All too often Jason just pops up and stabs someone before they have a chance to be nervous. He also tends to sprit the corpses away before arranging them artfully for his final girl to find. Wouldn’t it be more fun if the characters had time to know there was a crazy killer in a hockey mask out there? It’s interesting when the audience knows what the characters don’t know, but dramatic irony can only carry a film so far. What I do like about the Nightmare on Elm Street movies is how characters get picked off one by one in front of their friends—the films are infused with that kind of dread. Also? There wasn’t a whole lot of gore here. More blood!

So a very young looking Corey Feldman was in this one. He was an adorable precocious kid. I especially liked his collection of masks and how the family counted on him to be their mechanic and sent him to the basement to do electrical work after the lights went out. That said, when he took care of Jason (does that mean he was the movie’s final girl?) he got a little carried away. This bodes ill for Friday the 13th Part V.

Oh, and things didn’t go nearly as well for Gordon the dog as they did for Jason the dog.