I decided to scope out Rotten Tomatoes top 100 horror movies list. The lowest rank on the list is 87%, so you know anything on this list, while it might not be your cup of tea, has got to have some redeeming qualities. The film name Spoorloos caught my interest. (Mostly cause it reminded me of poop. Come on…spoor…loo…?) 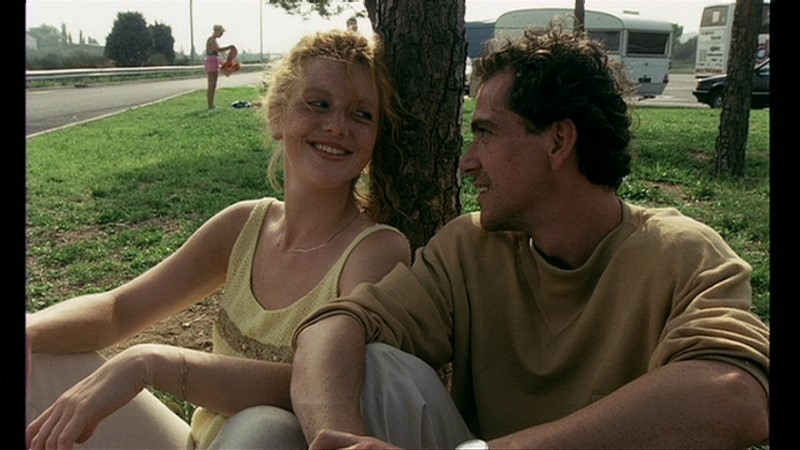 They look so happy. What could possibly go wrong?

There is no poop in the1988  Dutch-French film Spoorloos. Rex and his lady friend Saskia are on holiday in France and Saskia goes missing. Rex never gives up, and spends three years very publically searching for her, at great cost, both financially and emotionally. Raymond is a sociopath with a lovely family, who wanted to kidnap a woman. He took Saskia, and now Rex’s efforts to get her back catch his attention. The film is the epitome of a slow burn and is based on a novella “The Golden Egg.” This novella is based on one of my favorite urban legends, which came out of the Paris Exposition in 1901. A mother and her daughter travel to Paris and while mom unpacks, the daughter steps out for a moment. She goes back to the room only to find her mother isn’t there, and no one on the hotel staff has any recollection of her or her mother. I first remember this tale from one of the Scary Stories to Tell in the Dark books. The mother was stricken with the plague, which would have been bad publicity for Paris, and the authorities quietly disposed of her body. The plague part doesn’t play in to The Vanishing, but the idea of losing someone and having very little police support, feeling like a crazy person as they vanish almost right before your eyes is the same.

I don’t think I would give this a full 100%, but that’s on me and my tastes, not the movie. It’s well acted and very tense and mysterious. I will certainly be heading back to this RT list to get more recommendations, though I pride myself in having seen a good number of them.