Tonight we go back to a classic, Burnt Offerings, a 1976 haunted house piece. The Rolf family is looked for a vacation destination and finds an offer that seems too good to be true. The house pictured below for the whole summer for only $900! Dad (Oliver Reed) says there must be a catch. The creepy siblings who are renting out the place look shocked. There’s no catch. Except…their aging mother lives on the top floor. She’s very private, and doesn’t want to be disturbed. She needs three meals a day left in her sitting room. Naturally, the Rolf family leaps on this deal-of-a-life-time, I mean, wouldn’t you? They get to the house to find it looking significantly more shabby than they remembered seeing it, and a note on the door. Mom (Karen Black) goes up to check on Mrs. Allardyce, but the old woman doesn’t answer her door. 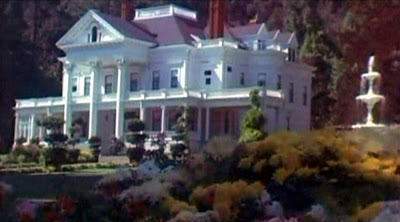 Surprisingly, strange things start to happen. Mom is getting unpleasantly obsessed with keeping the house up and dressing like she’s from another time. Dad almost kills son in the pool, the kiddo’s gas heater turns on and almost asphyxiates him, dead plants spring to life, and dad is haunted by an image of a grinning chauffer he remembers from his mother’s funeral when he was a boy. The chauffer was terrifying, made better by the fact that the image came from a memory the director had at his own mother’s funeral when he was a boy: he saw a chauffeur laughing and talking with someone and it disturbed him for years to come.

In context of the movie he was pretty scary. Out of that context, he's kind of handsome. He just looks like a happy guy.

Anyway, something something the house is draining the family’s energy and rejuvenating itself, there’s no old lady in the attic, it’s actually Karen Black. Dad gets thrown out the window, a chimney kills the kiddo, and the house looks better than ever. The old woman is reminiscent of Mother in Psycho and is very clearly an inspiration for Ti West’s House of the Devil. Burnt Offerings was predictable but mostly fun. I leave you with a quote from Roger Ebert: “”Burnt Offerings just persists, until it occurs to us that the characters are the only ones in the theater who don’t know what’s going to happen next.” 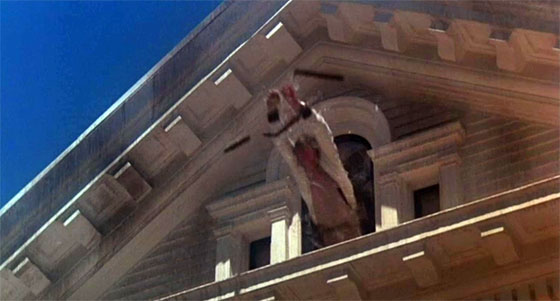