I’m a day late on this blog post. Sorry, gang.

Rear Window marks my third Hitchcock film after Psycho and The Birds. This one was a calmer style of simmering menace. Photographer L.B. “Jeff” Jeffries is wheelchair bound after breaking his leg. He’s only got one week left in his cast, and is about going stir crazy in the apartment. He spends an awful lot of time watching his neighbors, which his girlfriend Lisa and his nurse Stella think is pretty weird.

Then he begins to suspect the fellow across the courtyard has murdered his wife.

This picture is particularly interesting nowadays, almost 60 years after its inception. We’ve become, by choice mostly, a very voyeuristic society. Blabbing on Facebook and Twitter about pretty much anything, we lay ourselves bare online for the world to see. We know we should be careful, but we’re really not. Similarly, Jeff sees an awful lot though the windows of his apartment. Almost all the shots in the film originate from Jeff’s apartment, giving us a distanced but detailed view of his neighbors. There’s the dancer, Miss Torso, who entertains quite a few gentlemen. Miss Lonelyhearts, who is always alone. Songwriter, who spends all his time at his piano composing music. Jeff sees into each of their lives and learns a great deal about them. The horror of the film is subtle until the very end, and is focused mostly on what people see and what they do. The characterization is brilliant, and each of the neighbors does a masterful job. The murder mystery is almost secondary to the awesome character development.  I completely recommend this film! 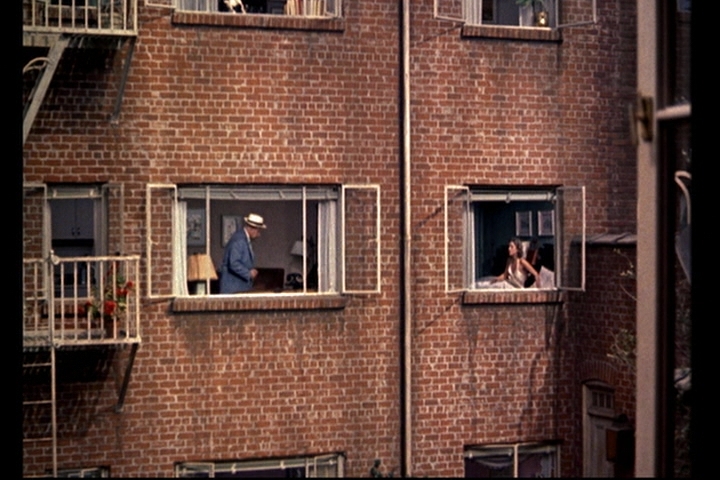